Director of Aftermarket Operations and Transportation 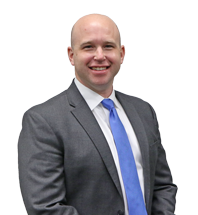 Director of Finance and Controller 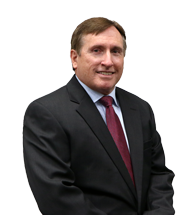 Director of Sales and Marketing

Mr. Lawrence shares a close partnership with Young An and their chairman, Mr. SH Baik, having been in business with him since 1983. In his years at CLARK, Mr. Lawrence championed many initiatives including the CLARK Philanthropy program “Raising Hope”, Lean Manufacturing, The Powerhouse of Giving, Leadership Training, and numerous Safety initiatives, to name a few.

Under Mr. Lawrence’s guidance, CLARK also earned many prestigious awards, including the KEMI Destiny award for safety; a Best Place to Work in Kentucky, and numerous recognitions for the philanthropic efforts of CLARK in the community. 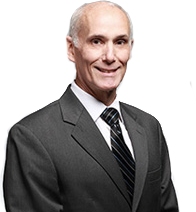 Chuck Moratz joined CLARK Material Handling Company in 1995, and has served in a variety of roles, including his current position as Senior VP of Engineering & Manufacturing. Previously, Mr. Moratz served as Chief Operator Officer, VP of Truck Operations, Director of Product Support, IC Product Manager, and Director of Engineering Support.

Mr. Moratz earned his BS of Engineering from the United States Military Academy and his MBA from Golden Gate University. Mr. Moratz has overseen many engineering advancements in his time at CLARK, including the creation of the S-SERIES family of forklifts and a wide variety of product improvements and updates.

In his free time, Mr. Moratz assists the local West Point Alumni Association with recruitment of students interested in attending the United States Military Academy. Mr. Moratz displays his commitment to philanthropy both at CLARK and in his life, volunteering with the local VA Hospital supporting veterans in need.

Robb Barnes joined CLARK in May 2012 as the Director of Aftermarket Operations & Transportation, the title he holds today. In this role, Mr. Barnes leads the aftermarket parts purchasing and traffic departments located in Lexington, KY, as well as overseeing the operation of the distribution center in Louisville, KY.

Mr. Barnes has over 30 years of experience in distribution and supply chain logistics, as well as a long history with Young An, having begun his career with Young An in the 1990s, in Dallas, TX. Previously, Mr. Barnes served in a leadership position at a national retailer, helping oversee their state-of-the-art 750,000 square foot distribution center in Seattle, WA.

Mr. Barnes earned his Bachelor of Science in Organizational Leadership and Learning from the University of Louisville. During his time at CLARK, Mr. Barnes has overseen several organizational and administrative efforts that have led to more efficient operations and positive culture change at CLARK

Earning his law degree from Washburn University School of Law and his Bachelor of Arts from Wichita State University, Mr. English is admitted to practice law in Kentucky and Kansas and is a member of the Kentucky Bar Association.

Dan Kaiser joined the CLARK staff in October 2016 as the Director of Finance & Controller. In this role, Mr. Kaiser oversees the financial and accounting functions of CLARK; as well as, the relationships with CLARK Financial Partners.

During his tenure at CLARK, Mr. Kaiser introduced many measures that have led to a more efficient and effective financial arm of the company. When he joined CLARK in 2016, Mr. Kaiser brought with him over 19 years of finance and management experience.

Mr. Kaiser earned his Bachelor of Science in Business Administration from Bowling Green State University and earned his MBA from Indiana Wesleyan University.

Mr. Clark holds responsibility for leading and supporting IT development, delivery, infrastructure and integration of ancillary platforms and solutions. With 25 years of solid IT experience, he has a track record of success in process improvement and leveraging technology to build corporate and market value.

Mr. Clark’s diverse background includes work with fortune 500 firms as well as with a venture capital start-up company. He is a graduate from Bellarmine University with degrees in Accounting and Computer Science.

Anthony Nash joined the CLARK Material Handling Company leadership team in 2014, as the Director of Manufacturing, the position he currently holds. In this capacity, Mr. Nash oversees all aspects of the manufacturing process in Lexington, KY, including ensuring CLARK products are made safely, efficiently, and maintain the Built to Last standards CLARK customers expect.

Mr. Nash has over 30 years of experience in a wide variety of manufacturing settings, and has accumulated a wealth of knowledge, which he brought with him to the CLARK team. Mr. Nash is passionate about using lean manufacturing philosophies to continuously improve the CLARK Production System (CPS) in North America.

As a dedicated member of the CLARK global manufacturing team, Mr. Nash continues to share his knowledge and best practices with the global CLARK team

Sherry Myers, PHR, SHRM-CP joined the CLARK team over 35 years ago and currently serves as the Human Resources Manager where she oversees all facets of human resources management for CLARK.

A certified Professional in Human Resources (PHR) and a SHRM-Certified Professional, in her time at CLARK, Mrs. Myers has overseen many human resource improvements including employee engagement measures, Best Places to Work survey analysis, and improvements to the hiring process, among others. Mrs. Myers has also held leadership positions in several local professional organizations, including Bluegrass SHRM, Bluegrass HR Roundtable Group, and Bluegrass Compensation Association.

Committed to philanthropy, Mrs. Myers serves on the Board of Directors for the Gathering Place Missions; as well as, volunteering weekly at their women’s shelter. Her philanthropic passions lie in providing services and assistance to underprivileged and vulnerable women and children.

Cynthia Barnes joined the CLARK staff in February 2022 as the Community Relations Manager and is responsible for expanding and advancing the reach of the CLARK Raising Hope philanthropy program. The Raising Hope program currently supports over 65 organizations monetarily and through volunteerism. Ms. Barnes is responsible for overseeing the program, coordinating the 16 hours of Volunteer Paid Time Off each CLARK employee receives each year, and expanding the program to include additional organizations that need assistance.

Ms. Barnes has extensive experience in the non-profit and philanthropic industry, having worked in both financial and development positions at several national non-profit organizations. Under her guidance, CLARK will expand the Raising Hope program, maximizing the amount of impact CLARK has in every community we are a part of. In addition to her work at CLARK, she is an active member of Lexington Junior League and serves on advisory councils for Veterans Resources United of Central/Southeastern Kentucky and Lady Veterans Connect.

Brandon Bullard joined CLARK in January 2022 as Director of Sales and Marketing. In this role, Mr. Bullard oversees Sales and Marketing functions at CLARK; as well as relationships with CLARK dealers and strategic partners. He is responsible for guiding the development of new products, aftermarket sales, National Accounts; and forward-facing marketing efforts of the company to support sales.

Mr. Bullard brings two decades of successive sales and leadership experience across multiple industries; including material handling OEMs and leading dealerships. He is passionate about delivering solutions that meet the evolving needs of customers. Mr. Bullard is a graduate of the Texas Christian University- M.J. Neeley School of Business. Mr. Bullard is also a part of the global sales team, and is committed to sharing his expertise with the global CLARK team.